Managing  your money is boring, obviously, but buying things is not. 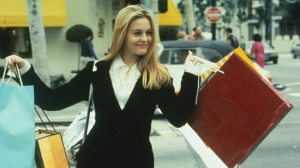 Taking money stuff seriously from a young age means you will have more of it. Having more money means you can buy more things.

If this sounds patronising, we’re sorry. But a lot of the biggest money mistakes young people make are pretty straightforward.

And Gen Xs and Baby Boomers shouldn’t get too smug because a lot of these problems ring true for them as well.

The Australian Securities and Investments Commission’s MoneySmart service has spent 18 months researching and consulting with 18-25 year olds to understand the challenges they face when managing their money.

We asked MoneySmart senior executive Robert Drake to run through the biggest money mistakes they make, and the problems they pose in the long-term.

They get too credit happy

The most obvious mistake young people make when it comes to credit cards is that they think about credit as being free money.

It might sound silly to point this out, because deep down we all know that the money isn’t free. Still, every young person has that friend who just keeps adding to their credit card debt.

Most young people have few serious financial responsibilities – they’re not yet tied to monthly mortgage payments or a family they have to support.

“That can lead to be people being a little less disciplined about their money but also a lot of young people are really just thinking about today, thinking tomorrow can take care of itself. That approach doesn’t always work,” Mr Drake said.

Long term it poses big problems. If you get behind of payments it can affect your credit report so later on down the track when you want to get a loan you suddenly find no bank will take you.

They get too excited about their first car

When buying their first car, young people tend to focus on the car they want rather than how they will afford it or what is the best value for money.

Cars are a pretty bad investment – they start depreciating immediately after you buy them and come with a lot of other taxes and on the road costs – which makes it even more important to focus on how you will finance it.

The first thing to think about is the loan. Buying a first car is exciting but once you make a decision don’t get swept up in the moment. The loan offered at a car yard is likely more expensive than the loan you could get at a bank or a credit union.

“People want to get it now or think ‘Hey it’s easy, I can get it all in one place,’ and then you find out you’ve actually paid thousands of dollar extra just to save a few hours checking around,” Mr Drake said.

And make sure you get enough insurance.

“Even if you’ve got an older car, if you run into the back of a Mercedes it’s going to cost you a lot more money to get it fixed if you don’t have third party property insurance. If you damage your car you could end up in a situation where your car’s a write off and you’re still paying off the car for five years.”

They get overwhelmed by their first job

Most people starting their first job don’t know their rights back to front.

They might not know what they should be getting paid, or that they don’t have to work “trial shifts” for free, or that they are entitled to penalty rates on weekends.

Nervousness around checking rights at the beginning of a job can end up costing hundreds or thousands of dollars in lost wages over the long-term.

Another big mistake young people make is that they don’t pay attention to the superannuation accounts they join. It’s too confusing, and retirement is so far away.

But if you move between jobs while studying or while starting your career you can quickly rack up multiple accounts, meaning you’re paying multiple fees.

It’s also a nightmare to track them all down when you finally do decide to take your superannuation seriously (take it from this reporter).

They’re not prepared when they move out of home

When people first move out of home they are aware of the obvious cost of rent, but can be surprised by the one off costs that come along with it. Having to pay bond, connection fees for a phone, big furniture items or the first big grocery shop all adds up.

Mr Drake says young people also need a rough budget to work out how they’re going to get by week to week.

“When you sign contracts understand what your obligations are and think ahead about what will happen if something goes not according to plan. What if someone needs to move out? What if you don’t get as many shifts at work?”

Or you could find yourself in a situation where the money coming in isn’t enough to pay the bills and you’re forced to move back home.

“Having to move back home with your parents at 25 is not a thing that most people would look forward to. That’s a bit humiliating.”

They spend too much on their phone

We all know about bill shock. But another big problem for young people is forking out for an expensive phone only to lose or break it.

And if you’re signed onto a contract, you still have to keep paying the bills.

In other words, if you have a cool phone you should probably get insurance. Otherwise make do with your old Nokia 3315.

Get Your Free
Planning & Strategy Session Now
valued at $295
Enter Your Details To Find Out How You Are Tracking & What Opportunities Are Waiting For You Now!
We promise to never share your information... Ever!