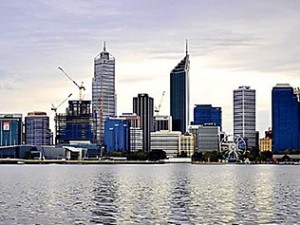 West Australians have always done things differently to the eastern states. In real estate this translates to a distrust of auctions and open inspections on Sundays as well as Saturdays.

But with sales in Perth amongst the strongest in the country – driven largely by the sale of medium-priced homes in the suburbs surrounding the airport to the fly-in, fly-out market – locals defend their different approach.

“We have an aversion to the wise men of the east and what happens over east doesn’t always happen here.

Some of our biggest performing markets aren’t the city offices – they’re those outback.”

While auctions in Melbourne or Sydney regularly tally in their hundreds, a good auction week in Perth is lucky to have 20.

“For the right property, auctions will work, but we sandgropers have been conditioned over the years to sell by private treaty,” said Ron Padua from Porter Matthews.

“Often the terms of sale can freak out customers,” said Peter Taliangis from Realty One.

“Just the deposit required on settlement would be more than most people would necessarily have in a bank account – compared to deposits on a private treaty that can be as low as a few thousand dollars. Coming up with a $10,000 deposit, $20,000 deposit or more on the fall of the hamer puts a lot of people out of the race.”

But Graeme Hosking said only a few Perth agents know how to conduct a successful auction campaign. With close to 1000 migrants a month coming to West Australia however – most from the eastern states – its a sales method that is likely to become more popular with time as traditional prejudices are diluted.

“There are too many auctions that don’t sell, and don’t market themselves well at the moment,” Mr Hosking said

“Too many treat the auction campaign the same as a normal sale. They just hope that the auctioneer will wave a wand and do something magical.”

According to Mr Hosking, the Perth market is split largely by the river, with the affluent western suburbs favouring Saturday opens and the middle and working class mortgage belt taking the Sundays.

The divide is driven largely by advertising preferences with the Saturdays advertising in the West Australian newspaper while the Sunday Times, owned by News Ltd encourages Sunday inspections.

But Paul Blakely from Real Estate Plus said eastern agents could learn something from the west.

“We are a seven-day-a-week trading society these days,” he said.

“Occasionally we will mix it up by trying a Saturday instead of a Sunday and we have even tried them mid week after work but ultimately it comes down to when we can get the most people through the home.”

Mr Padua agreed: “Homeowners need to cater to market conditions and specific demographics, though whatever works best for your area should be adopted.”